Hard to keep up with the daily technology updates every IT must read? we are here again with our next roundup post.

Whoa! it’s just fifteen days and we are here again with our next roundup post. Well don’t act surprised as technology is a vast area and an ongoing process where each passing day brings out some new changes just like our digital market. That is why within this short span of time a lot of modifications had come up and some are very tremendous that actually worth a read. So dear busy business owners sit back and alleviate your social stress by giving a quick look on the latest updates of the social market which are combined in this short Round-Up.

So let’s dive in and see what’s going on in the market latest.

Well Google already has the most popular past with so many famous algorithm updates and refreshes, no doubt one more addition to this long history is almost expected. Friday on 2 sep,2016 Google made its long awaited announcement that joggled up entire SEO community.

So just have a brief look at how this conjecture arose and How it affects search engine marketing right now.

2. Zoom Comes to Instagram after a half decade wait!

The one and all junction of all photo addicts has finally released a Zoom in and out feature to its user’s feeds, on profiles and in the explore tab. Well the reason is still unknown why this pinch-to- zoom feature was not available in the app. The feature doesn’t come to us as a surprise as Instagram is all about adding new features from the past few months. Let’s see how the feature benefits users.

For now, this easy to embed feature is available only for IOS but hopefully we will find it on Android too very soon.

See here how Twitteratis are reacting to this new feature.

3. LoginRadius finally made a collaboration with Microsoft Azure for its cloud services!

Undoubtedly a great news for LoginRadius as it finally succeed to made an association with Microsoft Azure cloud platform to provide its customers a high platform availability, faster scaling and easier compliance with local regulations.

Now it is obvious that LoginRadius with its new Microsoft Azure offering is capable of ensuring strict adherence to international regulations and compliance requirements around consumer data. Source

Now make your videos more productive with Google’s new ad product on YouTube called TrueView for action. To make YouTube advertising a more tantalizing proposition Google introduced this new format which displays a Call-to-Action banner at the base of the video during or at the end of the video.

Well now it’s not anything wrong in saying that YouTube is not missing a single chance to encourage consumers to act more viscerally with these different tailored Call to Action mentioned here.

Facebook really, really wants you to talk to your friends more and more that’s why it is regularly bringing out some new innovations to its app.

From past few days Facebook is working on a new feature that collects posts from your friends in a separate news section and highlights the reactions the content captures from other people.

Get the details about this feature from here!

6. LinkedIn’s announcement to break down purchases by its new conversion tracking tool!

The business centric social network’s new tool won’t only tally how many people reacted on an ad that is  already offered by Facebook,Twitter,Google+ and Pinterest but it will also cross reference those converters with its own audience data so that brands will get a better idea of the type of ads that captures more attention.

Let’s get the full information about this new tool of LinkedIn from here!

This major change is already live in the Google Analytics app for IOS and Android. In this new assistant feature you will now be able to see automatically generated insights that will highlight the important trends of the data.

For example if you are an ecommerce company then this feature will let you know which product has the highest sale and so on.

So know how it is accessed and what’s more in this offering from here.

People love vertical videos and so do brands. After seeing Snapchat’s grand success, Facebook also decided to include these vertical video ads in its news feeds.

Facebook made this announcement after analyzing people watch vertical videos longer with sound on. With this announcement people do not need to click on the square cropped videos as now they are already vertical oriented including live broadcasts and ads.

Let’s have a sneak peek at this announcement here.

Pinterest is now looking for the options to make brands feel more valuable and to accomplish this goal, the company is introducing a new way for brands to advertise to people who clicked on the pins that are posted on their brand related boards.

So just hold on and have a look at his update here. 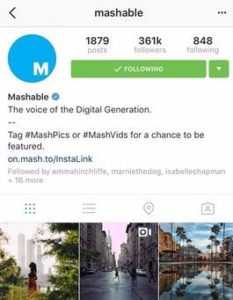 In another step towards providing more seamless user experience and making the app more prioritized, Instagram has decided to take away the photo maps feature. Since the app was initially started as the location based check-in app, this update counts as a big change for Instagram.

The reason behind is to focus more on other high priority features, company said. While some others believe that the reason behind this is to eliminate the problem of disclosure of the location of high profile users.

See here what else this update has in the store here.

Well I think I have covered almost everything that happened in the market in the last 15 days, and if I missed out on anything then you are most welcome here to let me know.