Credential Stuffing: How To Detect And Prevent It (Updated)

Credential stuffing is a cybersecurity vulnerability in which hackers target web infrastructures and take over user accounts using stolen credentials. When hackers use organisational credentials to login and hijack user accounts, the threat gets further elevated. Not only does the business experience loss of sales and brand harm, the blow is also felt by customers.

If you have been operating a web application where consumers need to authenticate themselves, the term 'credential stuffing' shouldn't be new to you.

In case you haven’t heard it before, credential stuffing is a cybersecurity threat where hackers use stolen credentials to attack web infrastructures and take over user accounts.

Someone or the other is always out there freely distributing breached databases on hacker forums and torrents to help criminals evolve their velocity of attack.

Their strategy is pretty straightforward.

Hackers use automated bots to stuff those credentials into the login pages across multiple sites to unlock multiple accounts. Also, since people do not change their passwords often, even older credential lists record relative success.

The threat gets further elevated when hackers use credentials from organizations to login and hijack consumer accounts. Not only the company suffers revenue loss and brand damage, consumers feel the blow too.

In this blog, we will walk you through the credential stuffing attack lifecycle and discuss the best ways to respond to attacks and mitigate damage to your business.

As new vulnerabilities and exploits are discovered every day, various instances demonstrate that each attack is more sophisticated than the last. Let's look at a few recent examples:

What is Credential Stuffing

Think of it as a brute force attack that focuses on infiltrating accounts. Once the hacker acquires access into the web application, they crack open a company's database that carries millions of personally identifiable information and exploits them for their own purpose.

Want to know the methods behind the screen? In a nutshell, here's the hacker's process:

As you can see, when a business suffers from stolen credentials, it can cost them dearly. In fact, it's been reported that in the USA, 75% of credential stuffing attacks are programmed at financial institutions. So what happens when you aren't prepared for an attack?

How to Detect Credential Stuffing Attacks

Hackers send armies of bots to conduct thousands of commands, resulting in millions of stolen data. But it gets worse. In what is called "the biggest collection of breaches" to date, billions of stolen records are compiled and shared for free on hacker forums.

So, how can you detect bot attacks? Here are the warning signs.

It's built to monitor the telltale signs of bot activity such as the number of attempts, the number of failures, access attempts from unusual locations, unusual traffic patterns, and unusual speed. 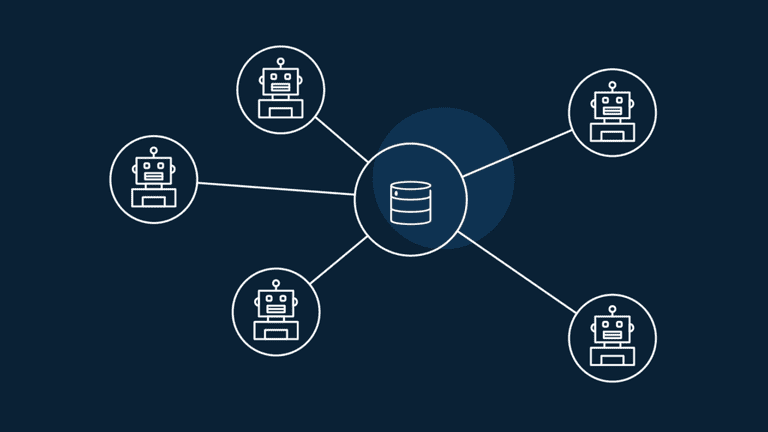 Let's find out how hackers process their share of credential stuffing attacks.

A combo list is a combined list of leaked credentials obtained from corporate data breaches conducted in the past. These are often available for free within hacking communities or listed for sale in underground markets (Darkweb).

Sophisticated hackers develop plugins or tools called account checker tools. These contain custom configurations that can test the lists of username/password pairs (i.e., "credentials") against a target website. Hackers can attack sites either one by one or via tools that hit hundreds of sites at once.

Hackers use account-checking software to log into financial accounts successfully.

Match found. What's next? When a match is found, they can easily view a victim's account balance and gain access to cash, reward points, or virtual currencies. 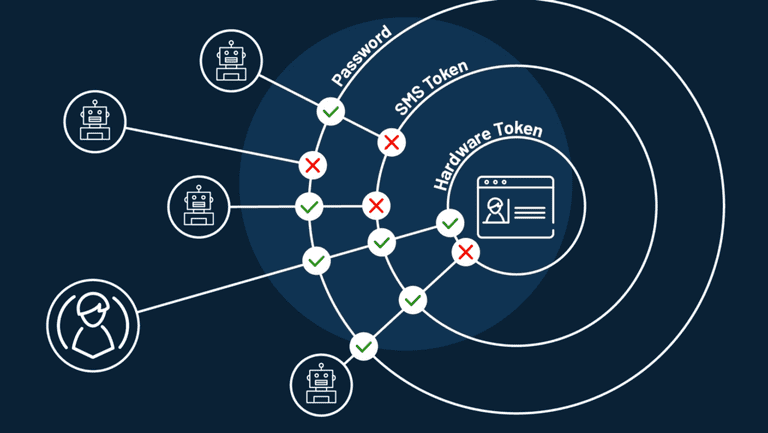 How to Prevent Credential Stuffing Attacks

But then, there is good news after all. Preventing these attacks is possible, and you can keep your business and customer safe by following the tips below:

One of the most effective ways to differentiate real users from bots is with captcha. It can provide defense against basic attacks.

But beware: Solving captcha can also be automated. There are businesses out there that pay people to solve captchas by clicking on those traffic light pictures. To counter, there is reCAPTCHA that is available in three versions:

Set strict password complexity rules for all your password input fields like length, character, or special character validation. If a customer's password resembles that of a data breach, they should be asked to create new passwords and provide customers with tips on building stronger passwords during their password-creation process.

Multi-factor authentication (2FA or MFA) is the new-age method to block hackers using multiple security layers. MFA makes it extremely difficult for hackers to execute credential stuffing attacks. The more obstacles you give a hacker to verify user identities, the safer your site will be.

Risk-based authentication (RBA) calculates a risk score based on a predefined set of rules. For instance, it can be anything related to a login device, IP reputation, user identity details, geolocation, geo velocity, personal characteristics, data sensitivity, or preset amount of failed attempts. RBA comes handy in case of high-risk scenarios where you want your customers to use customizable password security.

Hackers can also deny access to customers' own resources once they break-in. Having passwords as a factor of authentication can leave corporate and business accounts vulnerable to credential stuffing. So, why not remove them altogether? Use passwordless authentication as a safer way to authenticate users for more confined access into their accounts.

Social Login: Social login is an authentication method that allows users to log in to a third-party platform using their existing social media login credentials. This eliminates the need to create a new account or enter credentials altogether.

Single Sign-On: Single sign on (SSO) minimizes the number of credential stuffing attacks because users need to login once using just one set of credentials, and subsequently logged into other accounts as well. This provides a more robust protective layer to user accounts.

Email-Based Passwordless Authentication: The user is required to enter the associated email address. Upon which a unique code or magic link is created and sent to the email ID. It is valid for a predefined time frame. As soon as the server verifies the code, the user is let in.

Multi-factor Authentication: MFA offers better security by providing additional protection to traditional credentials through multiple layers. They are mostly implemented through security questions, ReCaptcha, and others. Due to extra security checks, LoginRadius assures businesses that customers' data is safe.

Credential stuffing is easy to perform, so its popularity with criminals will increase with time. Even if your business isn't affected yet, you must protect your website and watch for all the red flags listed in this blog.

If you're looking for a solution to help prevent credential stuffing, LoginRadius is easy to deploy. It  provides robust security with bot detection and multi-factor authentication, among other safeguards.